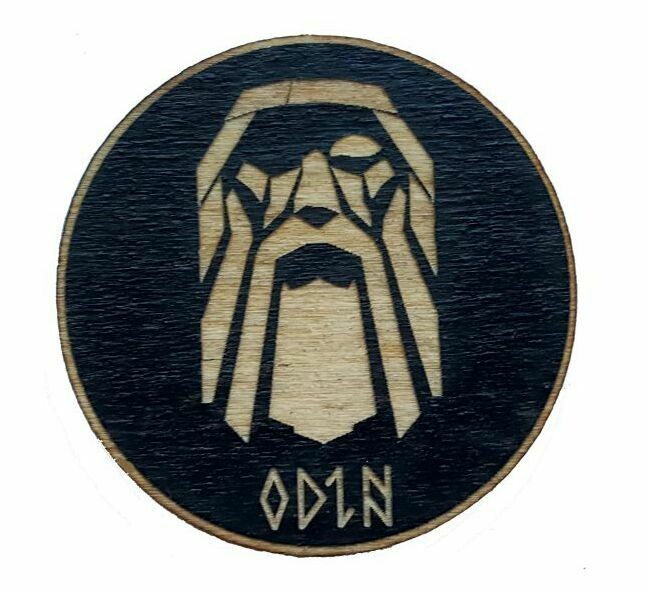 Old Norse texts portray Odin as one-eyed and long-bearded, frequently wielding a spear named Gungnir and wearing a cloak and a broad hat. He is often accompanied by his animal companions and familiars—the wolves Geri and Freki and the ravens Huginn and Muninn, who bring him information from all over Midgard—and rides the flying, eight-legged steed Sleipnir across the sky and into the underworld. Odin is the son of Bestla and Borr and has two brothers, Vili and Vé. Odin is attested as having many sons, most famously the gods Thor (with Jörð) and Baldr (with Frigg), and is known by hundreds of names. In these texts he frequently seeks greater knowledge, at times in disguise (most famously by obtaining the Mead of Poetry), makes wagers with his wife Frigg over the outcome of exploits, and takes part both in the creation of the world by way of slaying the primordial being Ymir and in giving the gift of life to the first two humans Ask and Embla. Odin has a particular association with Yule, and mankind's knowledge of both the runes and poetry is also attributed to him, giving Odin aspects of the culture hero.

These natural hardwood magnets are made in Grundarfjörður,

small fishing village in the west and the home of the famous Mt. Kirkjufell.