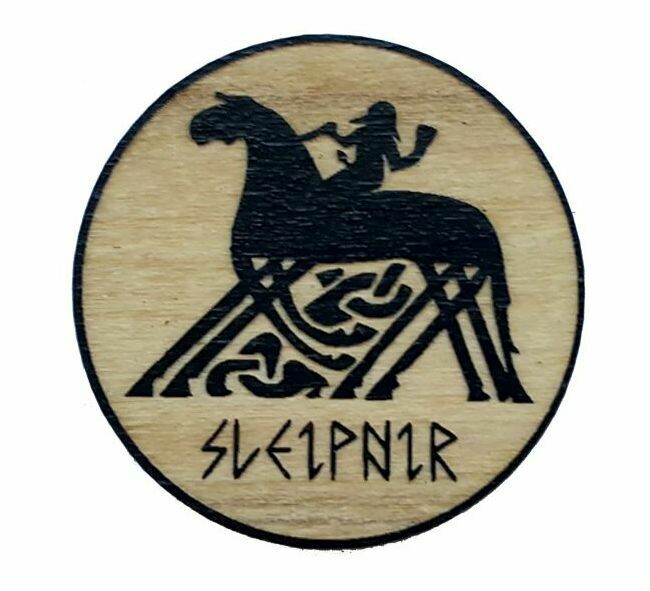 Odin on his 8 legged horse Sleipnir

In Norse mythology, Sleipnir /ˈsleɪpnɪər/ (Old Norse "slippy"[1] or "the slipper"[2]) is an eight-legged horse ridden by Odin. Sleipnir is attested in the Poetic Edda, compiled in the 13th century from earlier traditional sources, and the Prose Edda, written in the 13th century by Snorri Sturluson. In both sources, Sleipnir is Odin's steed, is the child of Loki and Svaðilfari, is described as the best of all horses, and is sometimes ridden to the location of Hel. The Prose Edda contains extended information regarding the circumstances of Sleipnir's birth, and details that he is grey in color.

These natural hardwood magnets are made in Grundarfjörður,
small fishing village in the west and the home of the famous Mt. Kirkjufell.
The wood used is all taken from sustainable forests and cut and
engraved using clean energy from hydropower